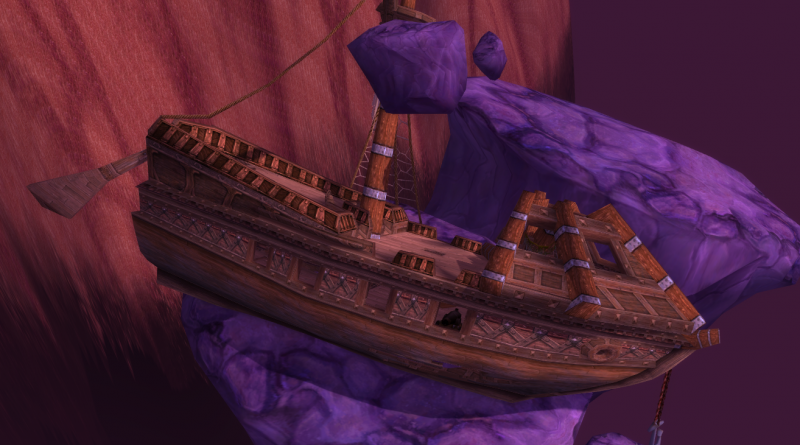 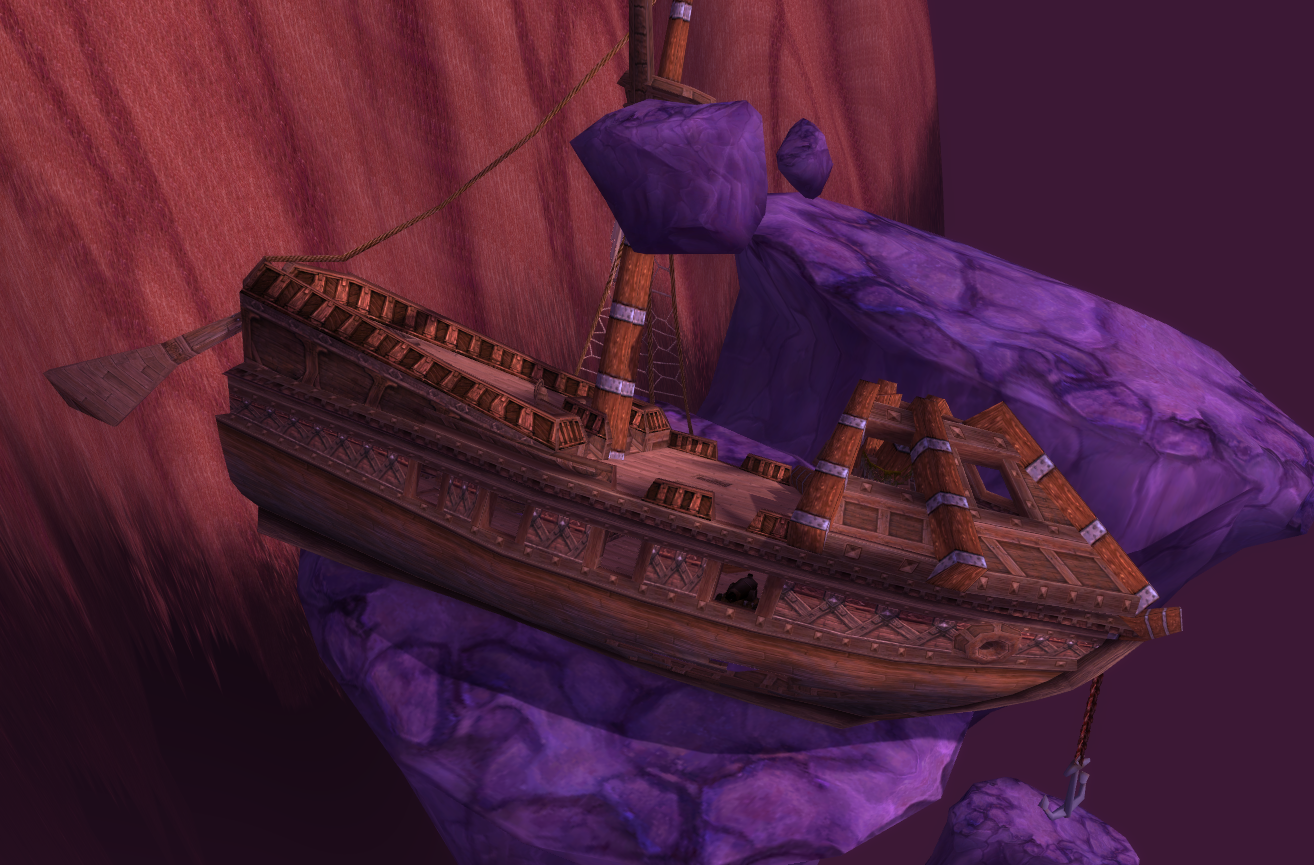 Off the “shore” of the ruined village of Kirin’Var is a crashed Alliance ship on one of the many floating pieces of rock in the Twisting Nether off Netherstorm.  This is a great RP location for anyone RPing the time when Ner’zhul opened portals for orcs to escape Draenor, which resulted in the planet being torn apart.   You can see the anchor is still down on the ship.

You can see the ruined village of Kirin’Var in the background, along with the pieces of dock still floating in the area. 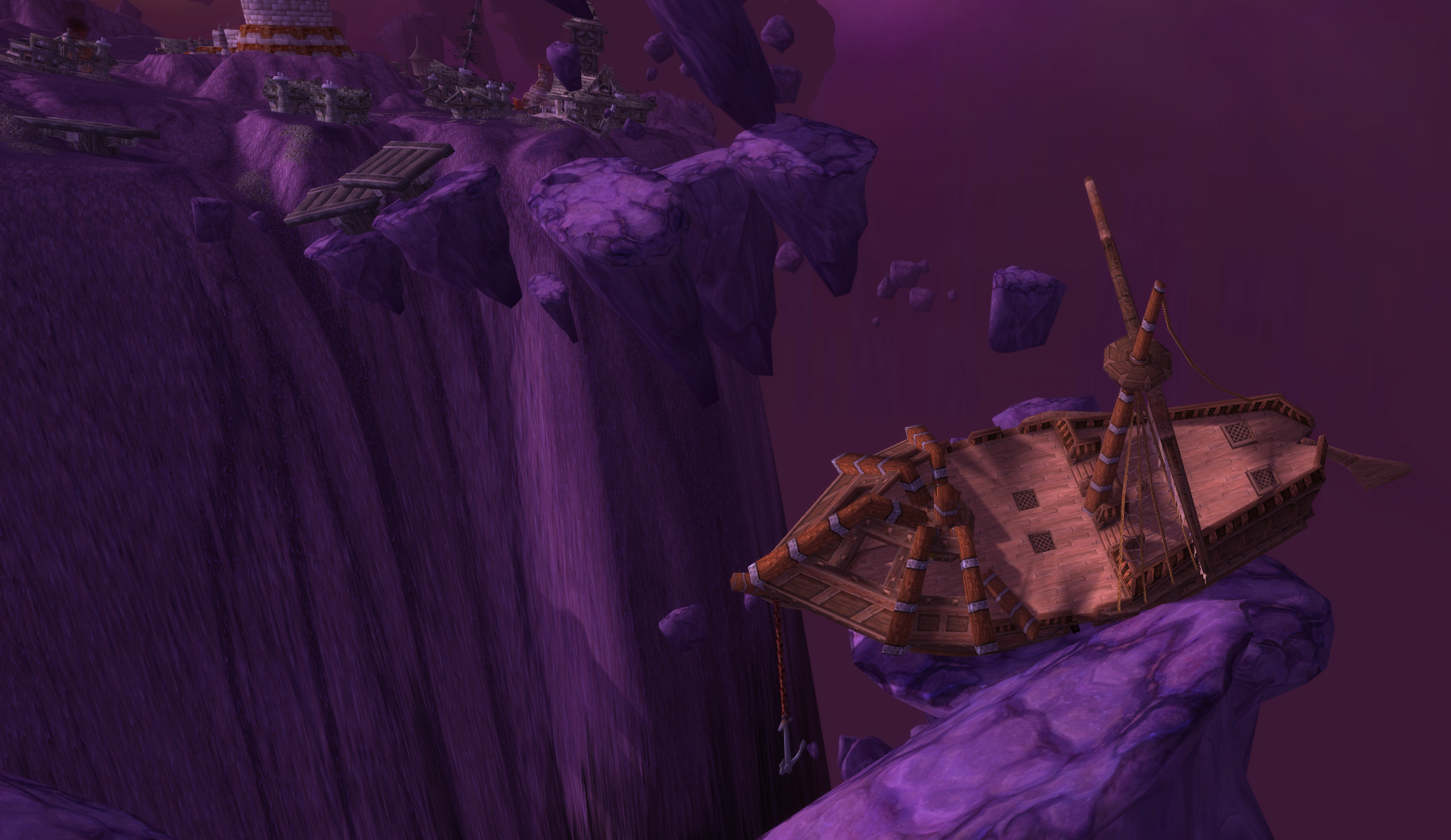 Here is the view of the ship from the docks. 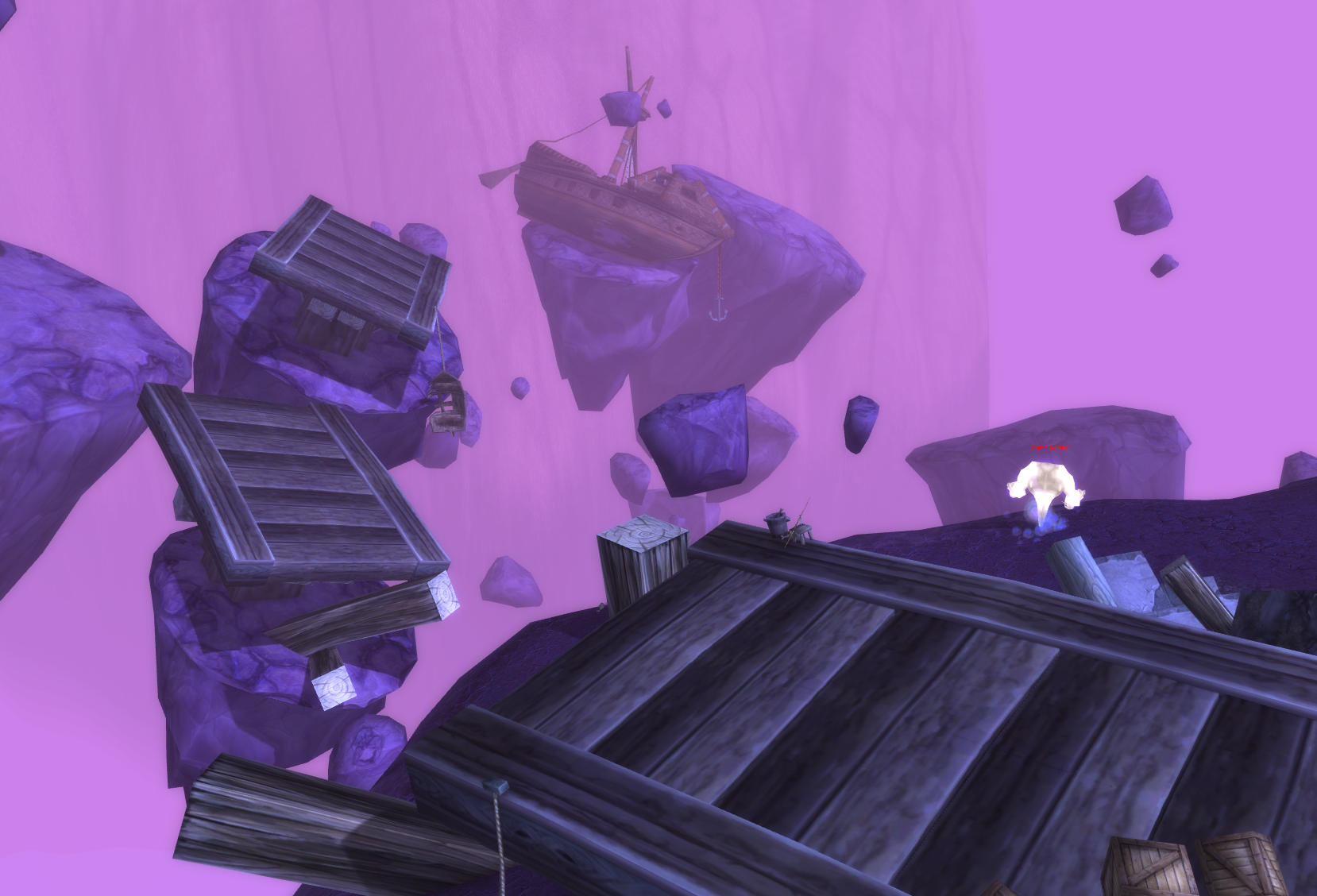 The ship is a traditional 3 deck version of the Alliance ship, but the upper deck does not have a door to make the lower decks accessible. 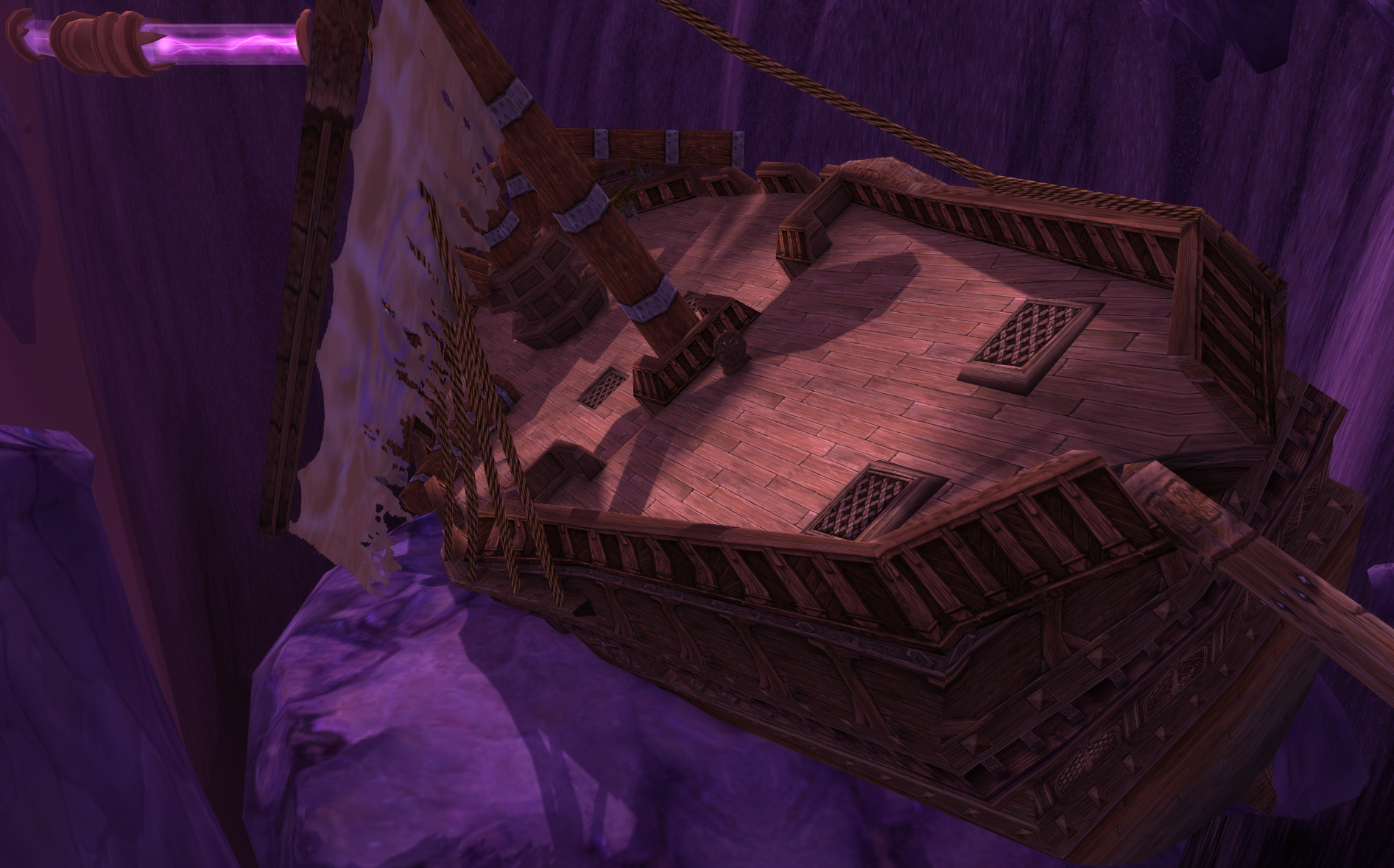 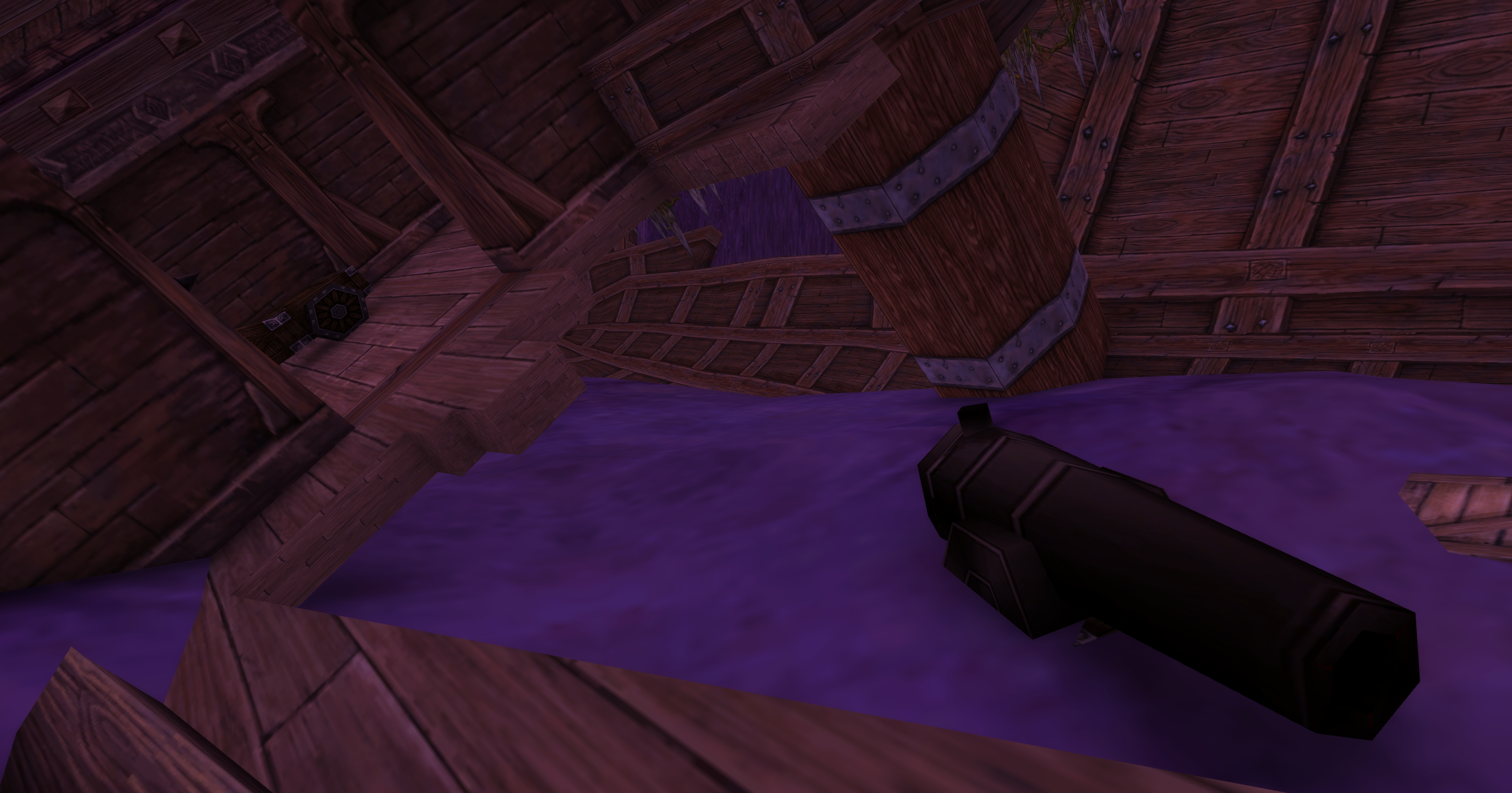 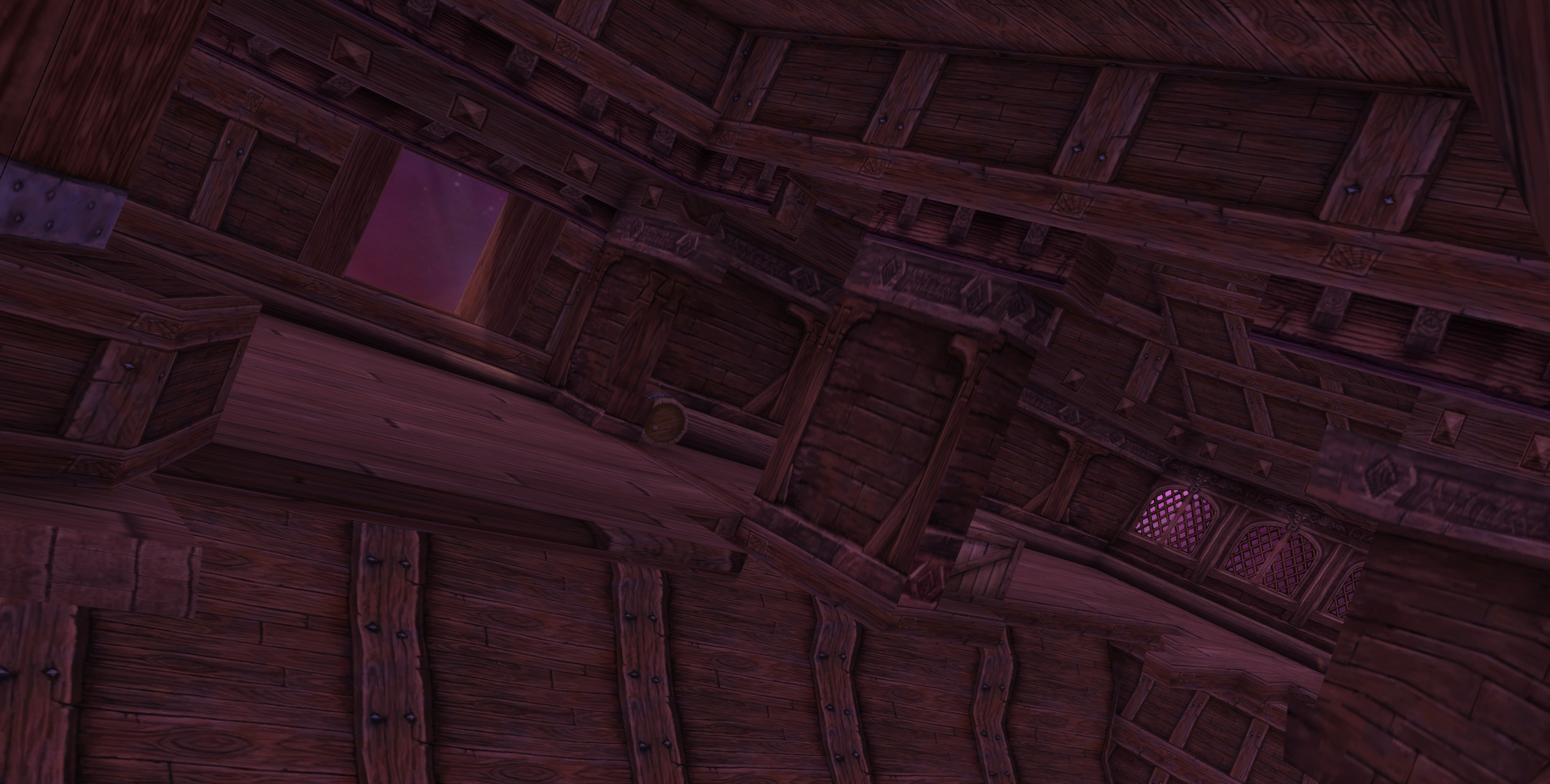 Flying mounts are required to reach the ship, and the inner decks can be reached either through a hole in the hull or one of the windows on the middeck.

The island is located technically in the Twisting Nether, but it is right off the coast of Netherstorm in Outland. 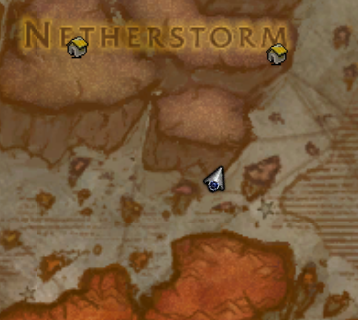 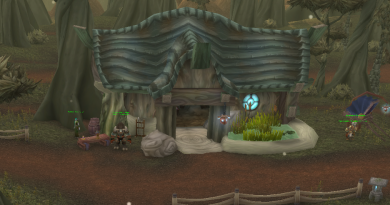