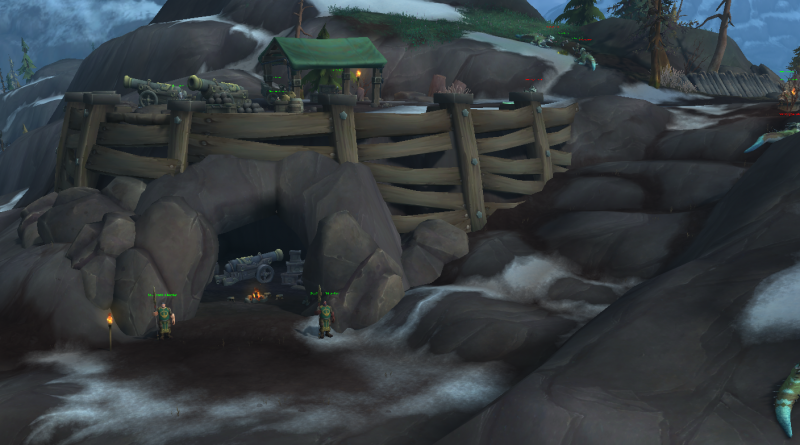 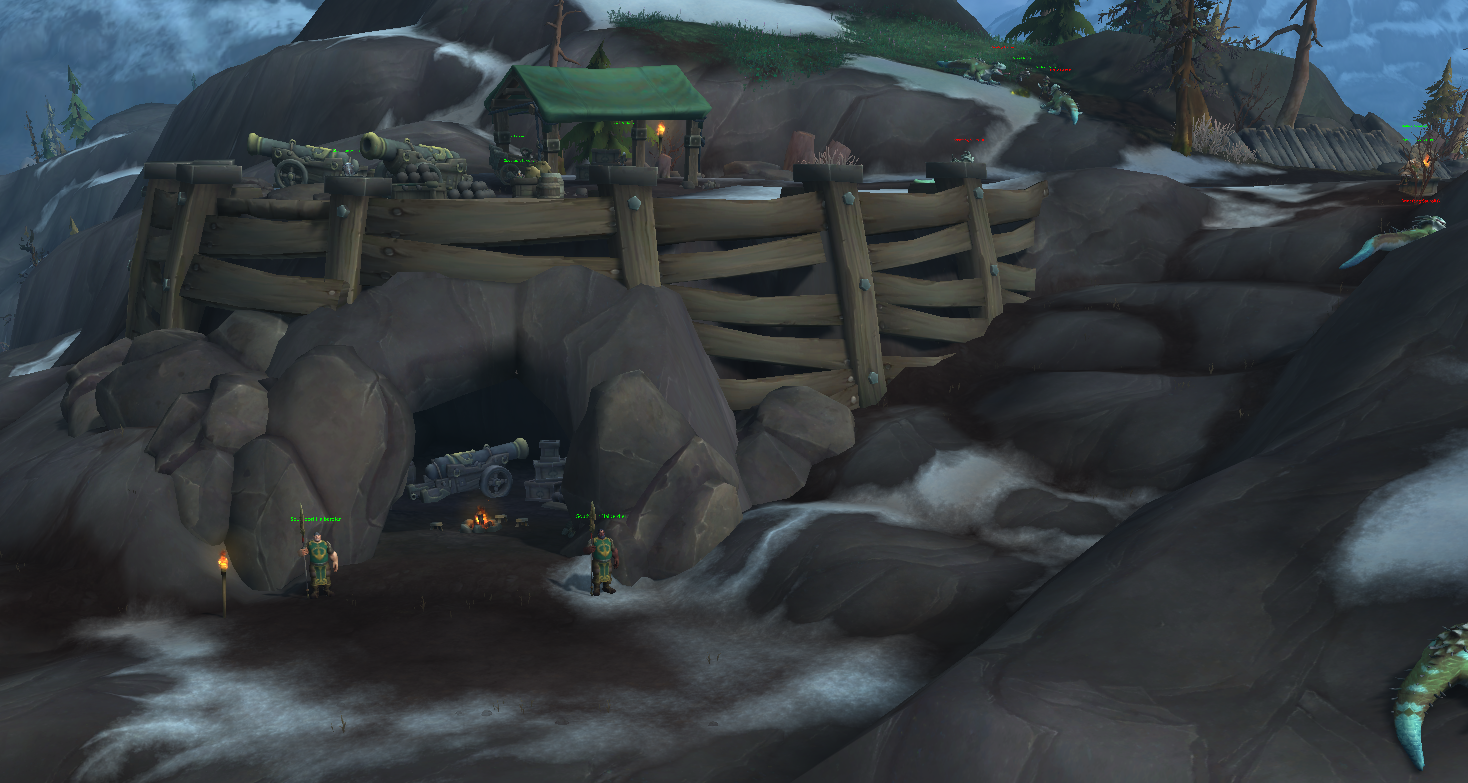 Need a suitable weapons cache or a smugglers cave for your roleplaying needs?   This seldom noticed cave below Greystone Relief not only features a cave filled with weapons, bombs and even a cannon, but it has two Southport Halberdier of the Proudmoore Admiralty standing guard at the entrance to protect both you and your cache.

Inside, you will find a campfire with stools around it, a cannon, barrels of gunpowder, and many, many bombs. 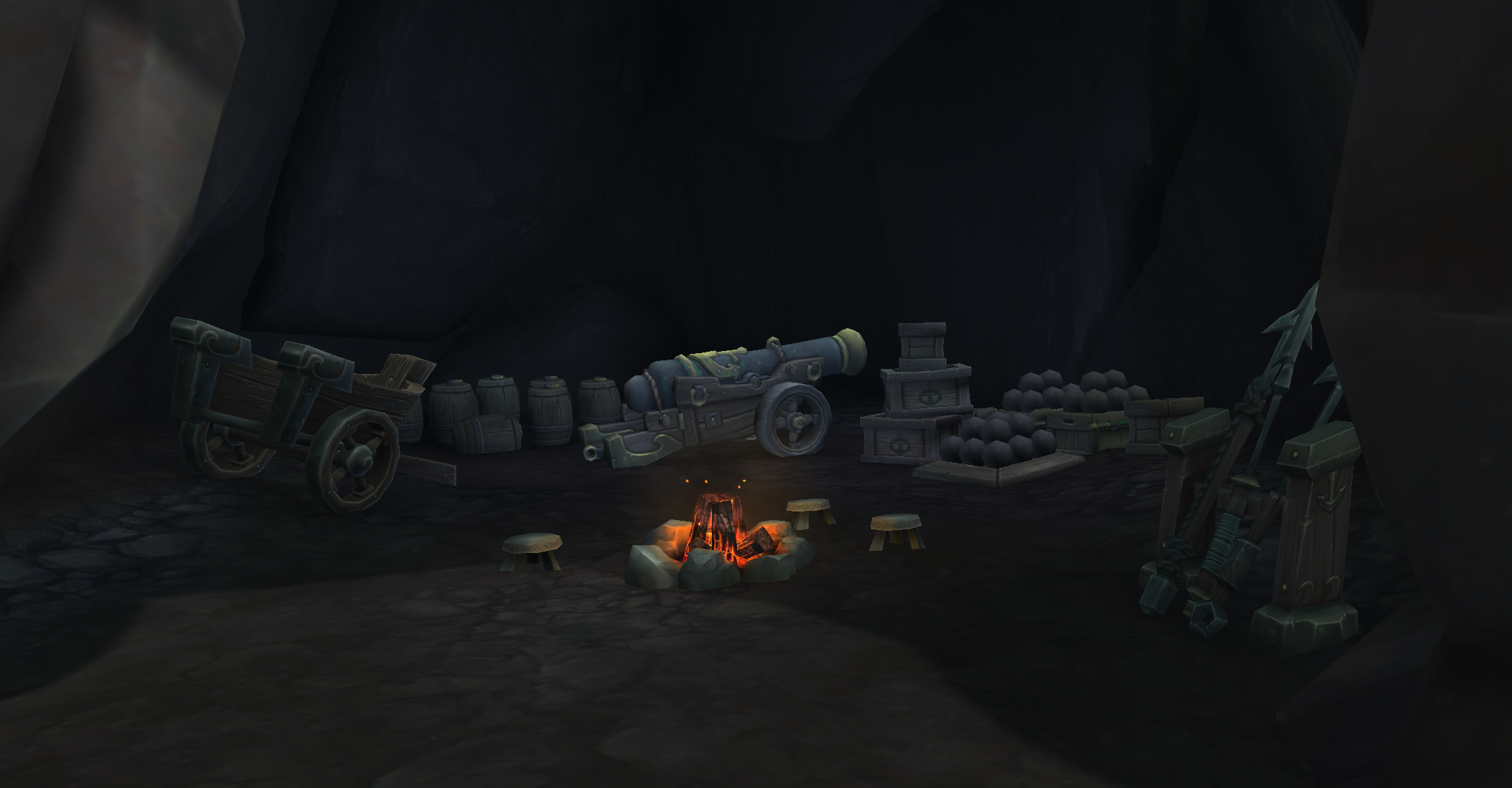 This hideaway is quite small, but with so many useful weapons of destruction, it is a great place for story based role playing.

There are many nearby enemies, but they will not aggro into the cave for Alliance characters.  For Horde, you have a huge army of Proudmoore Admiralty affiliated mobs, including the guards at the entrance, which will make this cave much more adventurous for those planning to use it. 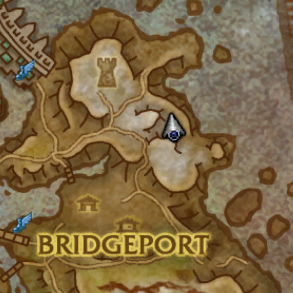 NPCs: Many Alliance affiliated NPCs from the Proudmoore Admiralty

Enemies: Primarily Brinefang Saurolisk which attack both NPCs and players.  Inside the cave is safe from aggro for Alliance. 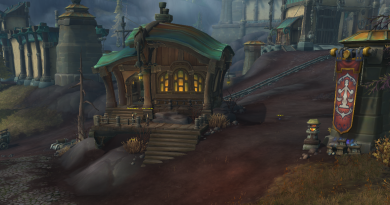 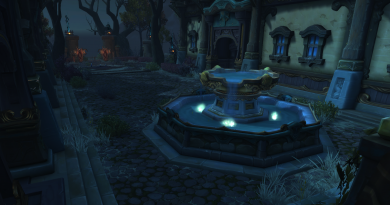