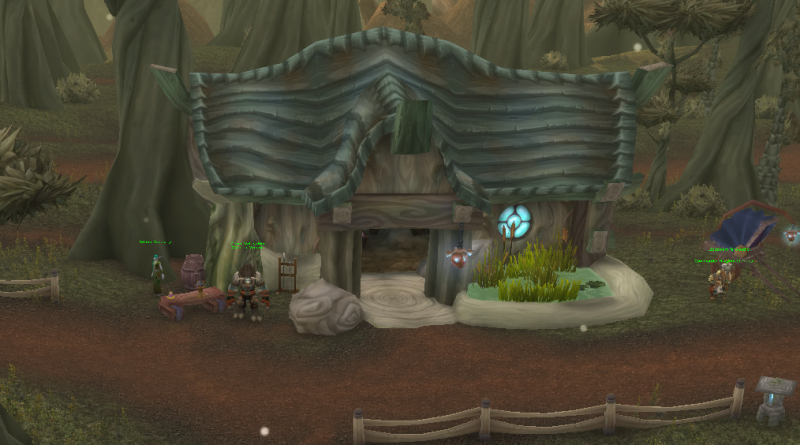 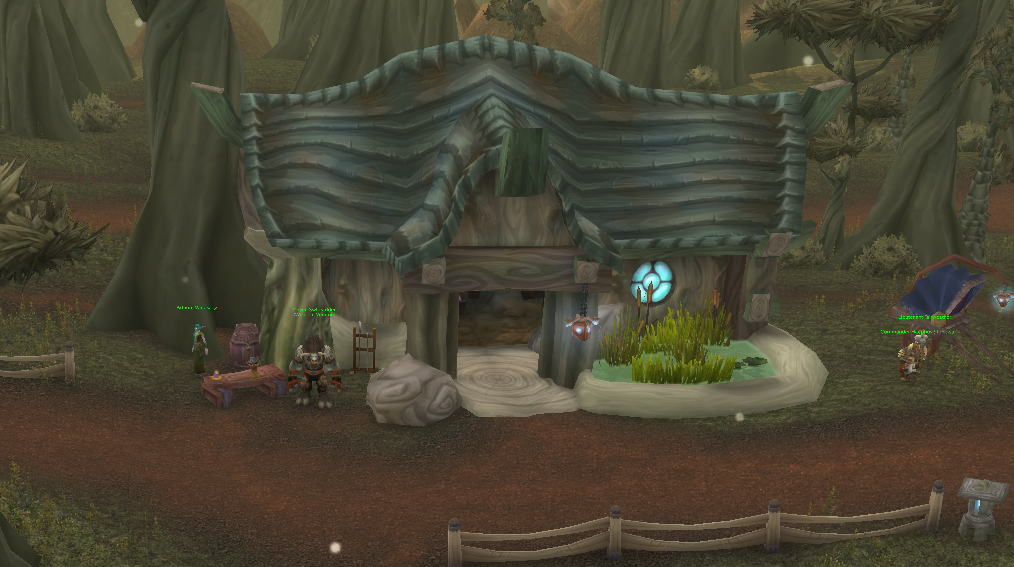 If you haven’t been out to Blade’s Edge Mountain for a while, you are missing a cute house in the middle of a small village… and the house is empty and waiting.

The little village is called Evergrove and features flight paths for both Horde and Alliance.  There is also a moonwell at this location, located in the center of the village.

There are NPCs outside the house, including a weapons vendor to the left of the front door.  But no NPCs enter this house at all, making it a perfect in game house for RPing.

Inside features three nook areas… one for eating: 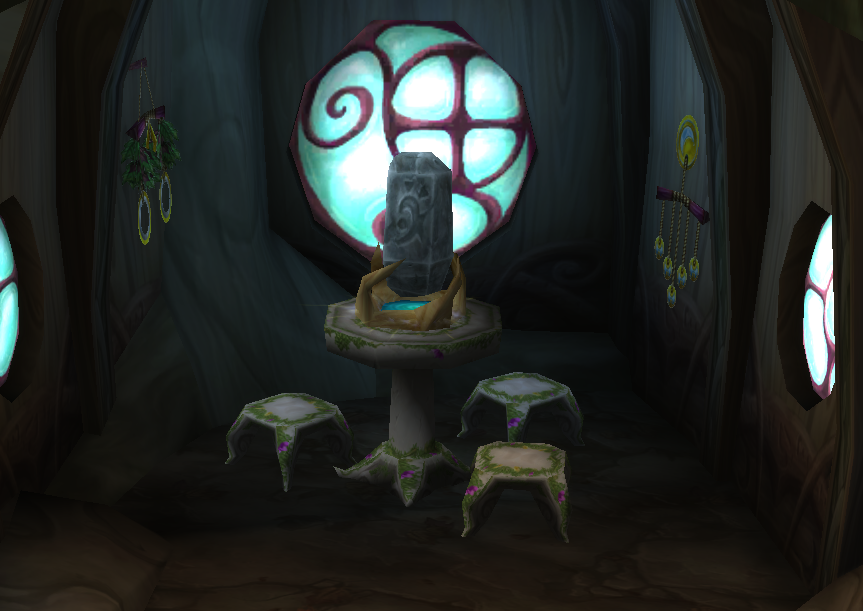 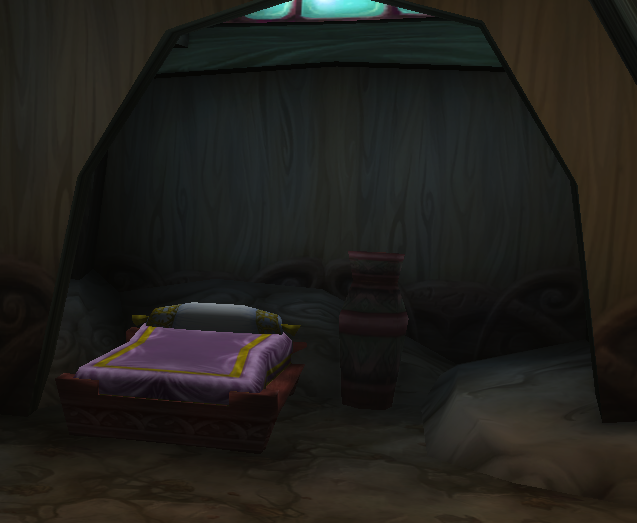 And one for researching: 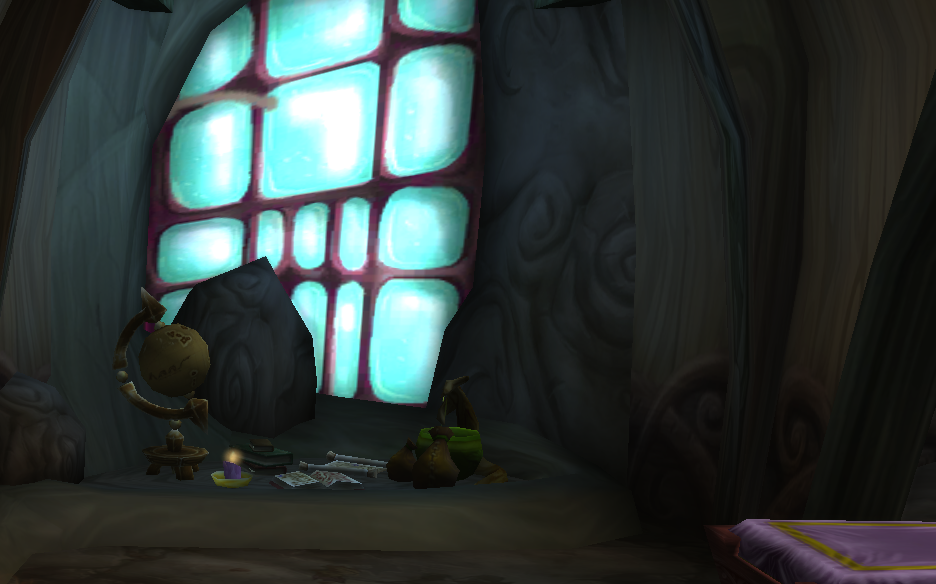 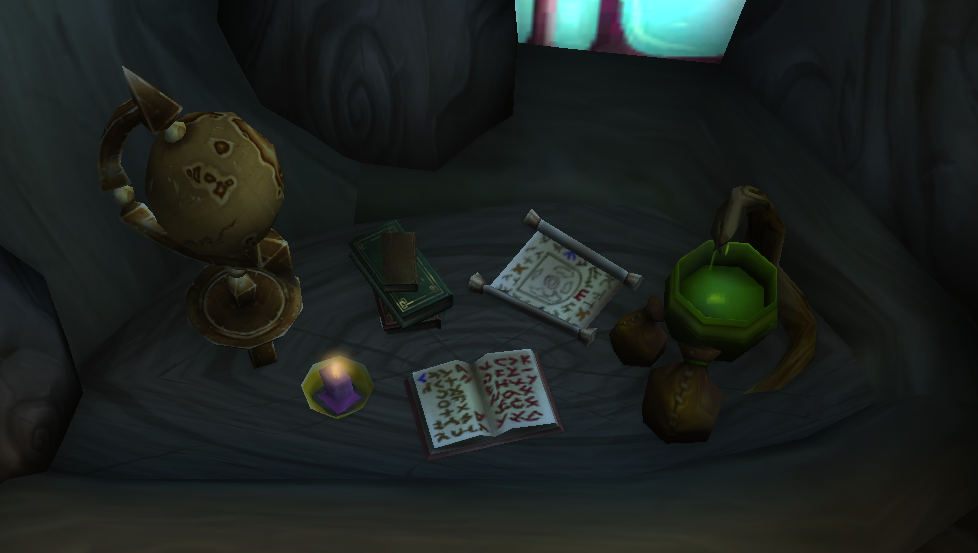 There is another house next door, but it does have an innkeeper living in it.

In addition to the moonwell, there are some tents and gazebos as well.  It has a very mystical appearance thanks to the moonwell in the middle of the village.  There are no enemies very close, so it could be used by low level characters as well. 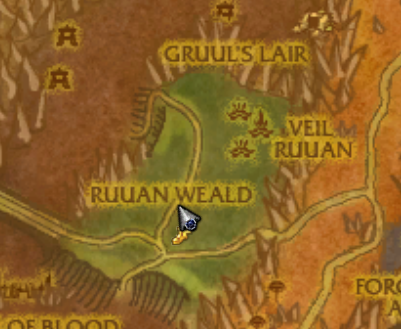 NPCs: Only outside the house